The FSB heard the leak hypersonic

Searches in the case of treason is held in Korolev and Moscow. 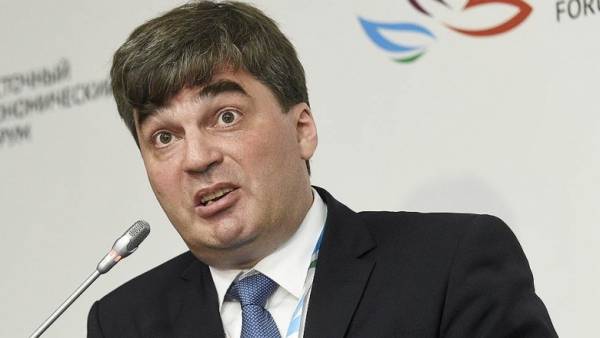 As it became known””, this morning, the investigation group of the FSB began carrying out searches in the offices of the staff of the Central research Institute of machine building (TsNIIMash), and also in the office of the Director of research and analytical center of the United rocket and space Corporation (ORCC) Dmitry Payson. According to “Kommersant”, the operational activities are conducted within the framework of the criminal case initiated under article 275 of the criminal code (“treason”). Now the FSB checks dozens of people from the industry for their cooperation with Western intelligence agencies: according to Kommersant, the security officers found that the last results of the achievements of the Russian industry in the hypersonic part of the development classified as “top secret”.

About the searches, which began simultaneously in TsNIIMash (located in the Queen) and the ACCD (located in Moscow), “Kommersant” said sources in law enforcement bodies. According to them, operational activities and seizure of documents in a criminal case under article 275 of the criminal code (“treason”) is conducting an investigation group of the FSB. In the Queen, as said the interlocutors “Kommersant”, the searches are carried out in several offices of members of the Institute, in ORCC — office of the Director of research and analytical center ORCH Dmitry Payson. The head of the press service of Roskosmos Vladimir Ustimenko, without going into details, confirmed this fact: “the General Director of rostec Dmitry Rogozin has instructed our security services to provide maximum support to the investigating authorities”.

According to “Kommersant”, in the framework of the criminal case the investigators are checking information about the involvement of officials to deliberate transmission of information classified “top secret” on the Russian hypersonic projects to foreign intelligence services.

“It is established that the leak came from the staff of the Institute, with whom Dmitry Payson remained in close contact,” — says one of interlocutors””, familiar with the materials of the FSB. To call the names of the defendants and their procedural status, he refused, having referred to secrecy of the investigation.

The interlocutor of “Kommersant” noted that the upcoming debriefing will be “unprecedented”: “Fly a head and some layoffs, it certainly will not end”.

The Institute is a head scientific organization of Roskosmos: despite the fact that the hypersonic projects has been the Corporation “Tactical missiles” is not included in the perimeter of the state, the level of cooperation between enterprises is very high. And staff of the Institute, who had the appropriate security clearance, had information about many of the subtleties and nuances of hypersonic development of a defensive nature. Mr. Payson, in turn, also worked in the Institute, then moved to the SKOLKOVO Foundation for the position of Director of science of cluster of space technologies and telecommunications.

Before joining SKOLKOVO worked in the main Institute of the space industry participated in the planning and implementation of startup projects in the field of telecommunications. Engaged in program-target planning of space activities, the development of recommendations for the development of its institutional framework, including a system of communicating the results of space activities to final consumers, public-private partnerships, international cooperation in space, technological platforms in the field of space activities. Participated in the development and updating of the Federal space program, Strategy of development of rocket and space industry. With “Roskosmos”, he began to work closely in 2014, when ORCC was headed by Igor Komarov: on the proposal of the latter he headed the analytical center of the Corporation.

However, after the advent of “Roscosmos” Dmitry Rogozin, the situation has changed. According to sources, “b”, a few days before the searches, Mr. Payson was notified about the imminent dismissal: this is due to the fact that in the new organizational structure of the Corporation, formed by Mr Rogozin, space for research and analytical center of the ACCD is not provided. After the search process for his dismissal dramatically accelerate, says the source “b” in the Corporation: “the Documents will be signed in the near future”.