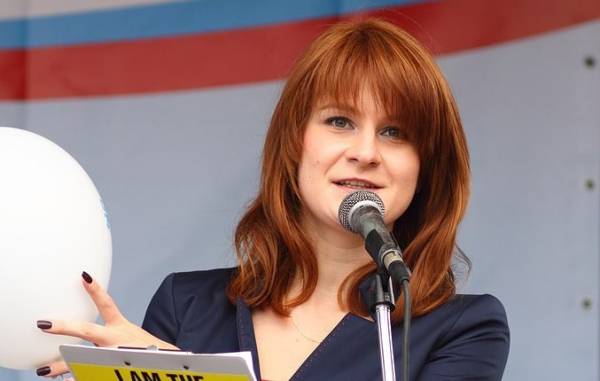 WASHINGTON, July 20. /TASS/. Russian Maria Butina, detained in Washington July 15, is adapting to prison conditions, but feels fine, health complaints no. This is stated in the statement of the Russian Embassy in the United States, published on Thursday in Facebook.

“As a result of these efforts achieved a consular meeting with Butynol in the Washington prison. Despite the stress and psychological pressure that a Russian citizen had to endure in the course of the arrest, and she is feeling fine, health complaints no,” said the Embassy. – Officially asked the us authorities explanations concerning the arrest of our citizen.”

“Like any normal person, prison conditions Maria adapts hard. While he was in good spirits, confident in his innocence, is determined to prove it in court – the statements. – Of course, she was very happy to see our diplomats, to feel moral support. Mary reported that her case has caused a public resonance in Russia and in her address expressed words of solidarity. She told me to tell parents not to worry”.