Dozens of passengers “Turkmenistan airlines” did not get on your flight because of a close relative of the President of Turkmenistan Gurbanguly Berdimuhamedov, who forced employees to remove all passengers from the flight and flew on this plane with his family. About it reports “Radio Azatlyk” (local service of “Radio Liberty”). 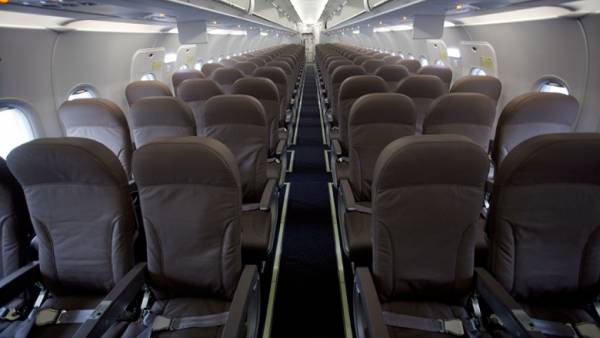 The sources said that the incident occurred about a month ago at the direction of the Turkmenabat — Ashgabat. “A close relative of the President with the whole family on a four day visit to called Koytendag (the city in the East of the country — approx. “Of the tape.ru”).

When they were going back, due to the fact that a plane did not arrive on time, passengers regular flight was not allowed to fly, instead they sent the entire family of the presidential relative. Passengers did not explain anything”, — the interlocutor told “Radio Azatlyk”.

According to him, because Rodney Berdimuhamedov about 160 people were waiting for another aircraft, which was filed the next day.

Another source familiar with the situation, reported that relatives Berdimuhamedov could fit in the plane, along with tickets bought by the passengers, but for some reason it was decided not to do. Taken from flight of people complained about the situation the management of the airport. To give a clear explanation of what happened in “Turkmen airlines” could not. “Thus, removed from the flight passengers were flown to Ashgabat the next day, and those who had to be rushed, took a taxi,” — said “Radio Azatlyk”.