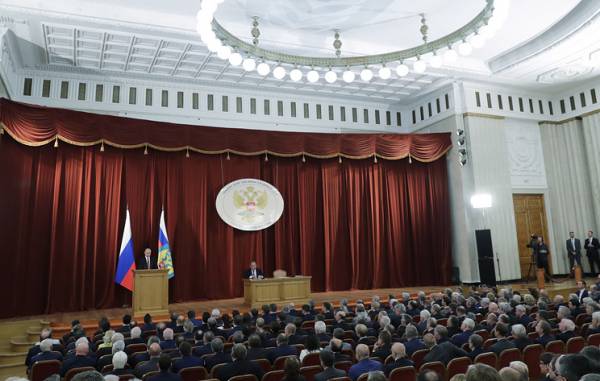 MOSCOW, July 19. /TASS/. Russian President Vladimir Putin said that his meeting with the US President in Helsinki on 16 July was successful and marked the beginning of positive changes in bilateral relations, although a number of forces in Washington are trying to disavow the results of the summit.

Speaking at the meeting of Russian ambassadors and permanent representatives, Putin noted that his first full meeting with trump was “generally successful, it led to agreements.” According to Putin, “despite the difference in views,” he trump was United in the opinion that “Russian-American relations are in very poor condition, in many respects, even worse than during the cold war.” “Of course, it would be naive to believe that the problems that have accumulated over the years will be resolved in a few hours, but no one expected, however, believe that the way to these positive changes still begun”, – said Putin.