“Oh, how many female people.” He loved Vladimir Mayakovsky?

19 July marks the 125th birthday of the great futurist poet, playwright, and a lot of other people: Vladimir Mayakovsky. In life he was no less versatile than in the works: he was inspired by a very different Muse. 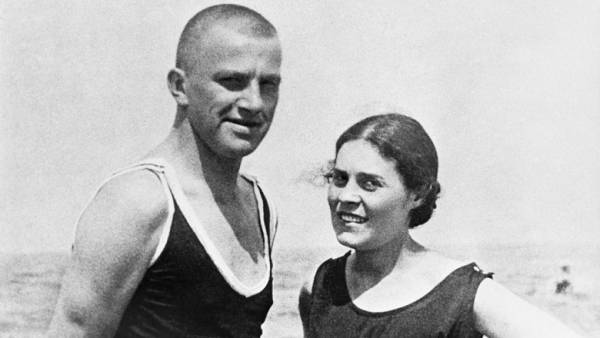 The name of Mayakovsky is inextricably linked with the revolution, building a new world, strange verses “ladder” and memorable posters. His works memorized, children learned what is good and what is bad. But he during his short — incomplete thirty-seven years of life and did not understand love. He had many novels, illegitimate children, whom he almost never saw. And in the suicide note, he asked only not to blame anyone for his death and not to gossip, because “the dead man that I didn’t like it.” About someone you still loved Mayakovsky — in the material AIF.

“This evening will decide not to lovers to get eh us?”

While working in “Windows of GROWTH” in the 1920’s, Mayakovsky met with artist Elizabeth Lavinsky. She was married to sculptor Anton Lavinsky that in ten years, after the suicide of the poet, made for his funeral, a futuristic iron coffin. And Lewinsky, apparently, knew about the close relations of the poet and his wife, but born in 1921 the boy has recorded under his own name. However, about the name the couple agreed. This story was not well known, although many have noted the similarity Gleb-Nikita Lavinsky with Mayakovsky. He followed in the footsteps of his adoptive father, after the war, he graduated from the Surikov Institute and never saluted a relationship with the famous poet. The whole became known after the release of the film “the Third wheel”, which is the First channel took to the 120th anniversary of Mayakovsky.

“Five women will change during the day”