Varchuk, sentenced to 6 years in prison and a fine of 20 million rubles for bribery

Ex-zamglavnogo Internal troops of the Russian Federation also stripped of his rank of Lieutenant General. 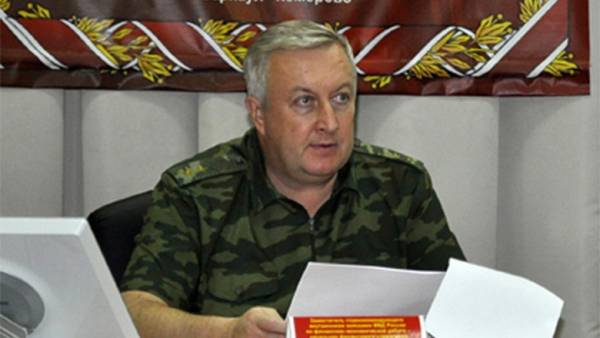 “The court sentenced: to recognize Varuka guilty of committing a crime under part 6 of article 290 of the RF criminal code (receiving a bribe in especially large size), and to appoint to it punishment in the form of 6 years of imprisonment with punishment serving in a corrective colony with a fine in the amount of 20 million rubles”, — stated in the verdict.

In addition, Varchuk, the sentence is stripped of his rank of Lieutenant General and the right to occupy posts in public authorities for three years.

Lawyers for the former officer stated that they intend to appeal the verdict.