Ukraine has started the production of ammunition according to NATO standards 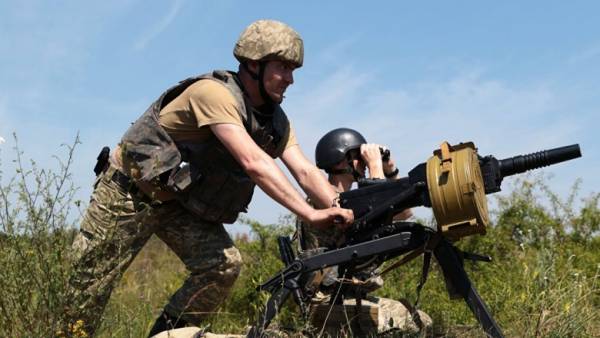 According to the report, the company started the production of ammunition PGI-40 for 40-mm automatic grenade launcher, the Assembly of which is now done manually. The plant also is trying to increase the volume of ammunition production by mechanization of production and introduction of new technologies.

In addition, the company mastered the production of inert ammunition PGI-40, which are used for zeroing the automatic grenade launcher and the training of personnel.

In addition, the plant also began production of ammunition VOG-25, designed for firing from grenade launchers to machine guns, standing on the arms of the armed forces.

In December 2014, the Verkhovna Rada amended the two laws, abandoning non-aligned status of the state. However, in June 2016, the Ukrainian Parliament adopted additional changes that define membership in NATO objective of the foreign policy of the country. Ukraine also needs to 2020 to ensure full compatibility of its armed forces with those of NATO countries.

Former NATO Secretary General Anders Fogh Rasmussen earlier said that joining the Alliance Ukraine will need to meet some criteria, the implementation of which will take a lot of time. According to experts, Ukraine is unlikely to join NATO in the next twenty years.