The famous first impostor, posing as the youngest daughter of Nicholas II

She was found in Berlin in 1920 in a state of insanity. Two years later she admitted she is the youngest daughter of the Russian Emperor Nicholas II, Anastasia Romanova, who barely escaped execution. “Газета.Ru” about the first Pseudo-Romanova, who became the heroine of the movies and inspired many to follow her example. 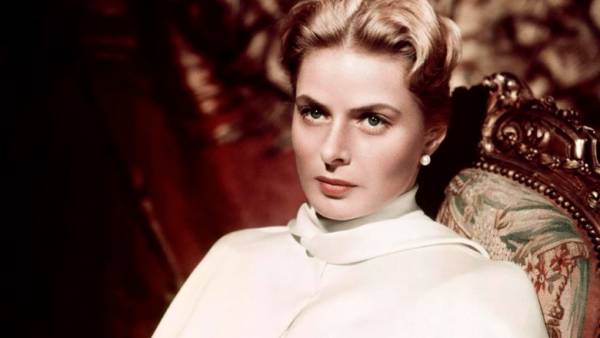 A hundred years ago, in the night from 16 to 17 July 1918 in the Ipatiev house in Ekaterinburg was shot by members of the Royal family — Emperor Nicholas II, his wife Alexandra, four daughters Olga, Tatiana, Maria and Anastasia and a son, Tsarevich Alexei, and their entourage — a Valet Aloysius Troupes, the maid Anna Demidova, and the family doctor Romanov, Evgeny Botkin, cook Ivan Kharitonov. Direct line of the Romanov dynasty ended, over the next one hundred years in different parts of the world and the children of Nicholas II, supposedly survived the execution. According to historians, among them were 28 Olga, Tatiana, 33, 53 Mary, 34 Anastasia and 81 self-styled Alex. However, the most famous of Pseudo-Romanov was the first fake Anastasia, appeared in Europe in two years after the execution of the Royal family in 1920.

About the girl who called herself Anastasia at first, Tchaikovsky, later received a passport in the name of Anna Anderson, and the marriage turned into Anna Manahan, shot several films and written several books — fiction and non-fiction. “Survivor,” the Princess was your favorite character Hollywood fairy tales. Already in 1928, they released silent film “Clothes make the woman” of the beauty who conquered Hollywood and was Anastasia Romanova.

In 1956 in the movie “Anastasia” starring Ingrid Bergman, German painting of the same year, “Anastasia, the last daughter of the king” told the story of the life of Anna Anderson, a TV movie 1986 “Anastasia: the Mystery of Anna” received an Emmy award, and the 1997 cartoon “Anastasia”, where the Princess pursues Rasputin, won the hearts of people touching naivete.

It is not surprising that the fake Princess was so popular — after all, trying to understand if this is true narrowly escaped Anastasia Romanova, made those who knew the Royal family. And at a time when the hope that direct descendants of Nicholas II can be alive, still warm.

It all started with the fact that on the night of 17 February 1920 in Berlin, the police found a girl who tried to commit suicide, Benderson bridge in Berlin. “Black stockings, black high shoes, black skirt, rough dress with no initials, blouse and scarf” — was a physical description of unknown by the police. Documents she had, questions she did not answer coherently, was very malnourished, so she was taken to the hospital for the poor, where later moved to a psychiatric hospital, because Jane DOE was acting very strange.

The patient understands in Russian, but could not speak, while her back had multiple gunshot wounds. The girl suffered from melancholy and insomnia, could spend hours lying our backs to one another. And hated to be photographed.

It is believed that the idea that a stranger reading the paper in German and knew Russian and Polish, can be one of the surviving daughters of Nicholas II, was the result of a laundress named Mary Postert — once when one of the sisters brought to the clinic a newspaper with a photograph of the Royal family, it seemed to her that the patient is like one of the girls. Released from the hospital, Maria Peuthert continued his research.

Nazi Princess. As the daughter of Himmler worked in intelligence Germany and saved the SS

The subsequent history of the False Anastasia after hospital discharge — a change of patrons and places of residence (and the character she was bad) and a series of attempts of those, who had known the real Anastasia Romanova, to accept her as the youngest daughter of Nicholas II. At first they thought it was Princess Tatiana — at least, so decided the Baroness ISA buxhowden who saw the last Royal family and a half months before the shooting.

Anna Chaikovska mysterious woman named already in 1922, when she lived at the family Kleist, one of those that took part in her fate. There she confessed that she is actually Princess Anastasia Romanova, who managed at the time of the shooting to hide behind his sister Tatyana, after which it saved one soldier, Alexander Tchaikovsky. Subsequently, she allegedly fled to Romania, became his wife, gave birth to a child, but after he died, was forced to leave the baby in the care of the Tchaikovsky family and escape to Berlin to seek the protection of their relatives.

Then her reached relatives and friends of the Imperial family in an attempt to make sure that it really is Anastasia.

I must say that none who knew the Romanov admitted in Anna Anderson, as it was called, Anastasia Romanov. Neither Alexey Volkov, the former Valet of the Empress, nor Pierre Gilliard, the Swiss tutor of the Imperial children, Grand Duchess Olga, younger sister of Nicholas II or Alexander the Last, the former nanny of the Royal children.

Most of the witnesses came to the conclusion that the details of the life of the Imperial family, who could only know Anastasia, Anna Anderson was told, based on information from the press or the words of those close to the king, who in conversation with her mention any details.

Embarrassed to them and the fact that the imaginary Anastasia refused to speak in Russian, Recalling the trauma, thus spoke Polish, English and did not understand French, but Anastasia knew these languages, but could well communicate in German, although the youngest daughter of Nicholas II did not know the language.