Moscow. July 19. INTERFAX.RU — Heavy equipment has begun demolition of the Kemerovo shopping center (Mall) “Winter cherry”, where at the end of March there was a fire, have informed “Interfax” in the press service of the city hall. 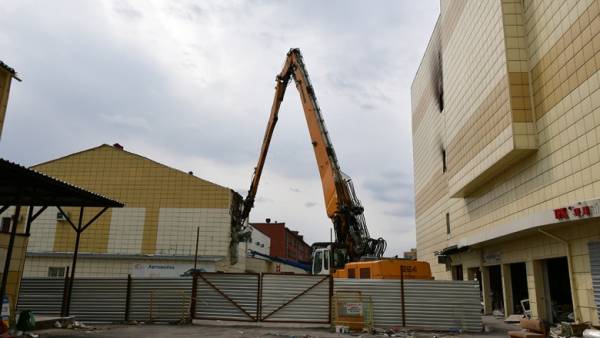 According to the authorities of the region, shopping center should be demolished because “Winter cherry” always “will be associated with the death of innocent people.” In addition, the building after the fire, unfit for further use: burned all the main load-bearing structures.

The heavy machinery will disassemble and remove the metal first, then reinforced concrete structures. Each stage of the dismantling will last for 40 days. In place of the center is expected to create recreational areas.

The fire in TRTS “Winter cherry” in Kemerovo took place on 25 March. The fire started on the top floor, where the cinema halls, and where in the day there were many children. Killed 60 people, including 37 children.