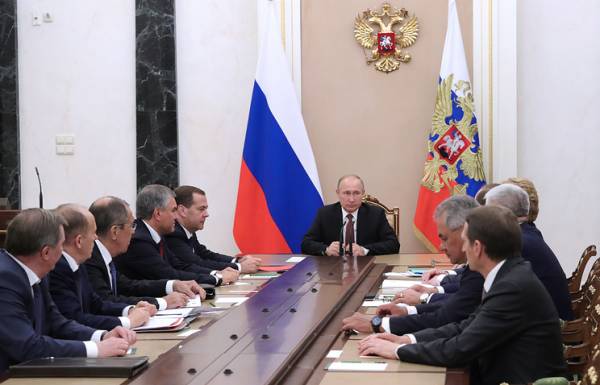 MOSCOW, July 19. /TASS/. Russian President Vladimir Putin discussed with the permanent members of the security Council of the Russian Federation his recent international contacts, including with the President of the United States Donald trump.Discussed and separate issues on the domestic agenda and the initiative an extension until the end of the year, visa-free entry to Russia for holders of a passport of a fan of the world Cup in 2018. This was reported by the press service of the Kremlin.