Another attempt of Spain to start operation of the new submarine again failed after it turned out that she does not fit in the docks naval base in Cartagena, local media reported. 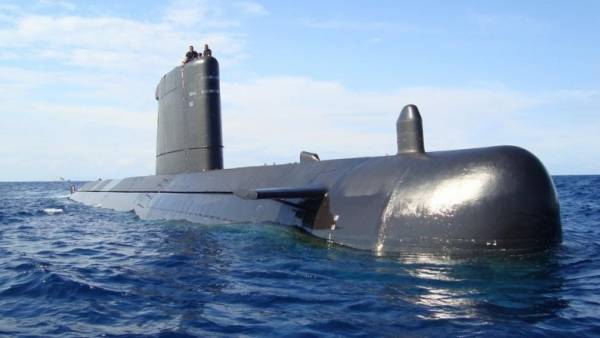 Submarine S-80 had to design again because of an error in the calculations. Her misadventures are drawn from 2013, when it became clear that the submarine 100 tonnes heavier than necessary, causing buoyancy problems. The boat could dive, but then fail to emerge..

Engineers had urgently to extend. The revised draft called S-80 “Plus”. According to the newspaper El Pais, after modification of the submarine was too long for the docks in Cartagena.

Budget S-80 “Plus” has grown by almost two times compared to the initial draft and now is 1 billion euros.

As reported by the associated press, citing an informed source in one of the drawings options the comma delimiting integer from decimal fractions was delivered to the wrong place. Nobody paid attention to it and not rechecked the calculations.

It is reported that the error had a cost of 14 million euros. Engineers and consultants came to the conclusion that to improve the buoyancy necessary to lengthen the hull of the submarine.

In the result, it was decided to deepen and extend the docks in Cartagena, so they can adopt a new submarine, according to El Pais.

The Minister of defence of Spain Margarita Robles in an interview with Spanish radio admitted that the draft had shortcomings.

She stressed that errors are corrected, and the project is now brought to mind.