MOSCOW, 18 Jul — RIA Novosti. Expert “Gorbachev Foundation” Pavel Palazhchenko, the former in 1985-1991 translator of Mikhail Gorbachev, called an unusual situation calling for Democrats to call Congress interpreter Donald trump to testify about the meeting in Helsinki; he noted that such cases, his memory was not, in addition, there is the traditional practice of mailing records of conversations made by the translators or assistants. 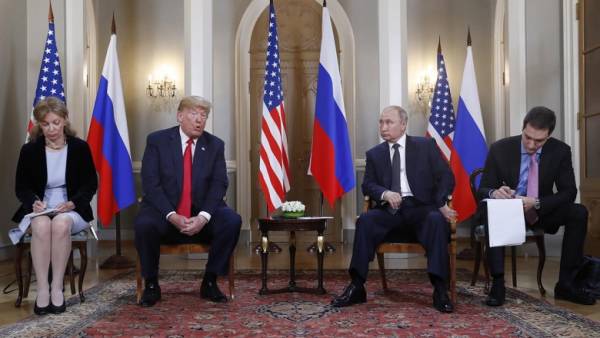 Previously, a number of American officials included in the ranks of the Democrats, made the calls to the interpreter, who was present at the closed part of the meeting of the presidents, Donald trump, and Vladimir Putin in Helsinki, gave testimony in the U.S. Congress. This idea in his microblog on Twitter expressed, in particular, the Senator from new Hampshire Jeanne Shaheen, and Congressman Joe Kennedy III. According to the Huffington Post, Jeanne Shaheen currently collecting signatures to guide the head of the international Affairs Committee of the U.S. Senate Bob Corker a letter with a request to hold a meeting. Press Secretary Corker has not yet clarified whether the support of the official of the proposal.

“The situation is unusual. From my side I can say that I have never been in the same situation. Including because the entries made by the translators or assistants to the President, first, always quite full, and second, are sent by the relevant rules. But as the United States, can not say anything on whether U.S. laws and regulations similar kind of challenge in Congress,” Palazhchenko told RIA Novosti in response to a request to explain, whether this practice is widespread.

He said that the answer to the question of whether it will be able to give the experts on American law, versed in those rules which exist in the relations between the Executive and legislative branches of the United States.