In Khakassia found the bones of giant ancestor of the mammoth

NOVOSIBIRSK, 19 Jul — RIA Novosti. Students of the Biological Institute of Tomsk state University works in practice in Khakassia found a large bone belonging to, presumably, the ancestor of the woolly mammoth — trogonterievy the elephant, said Thursday the University. 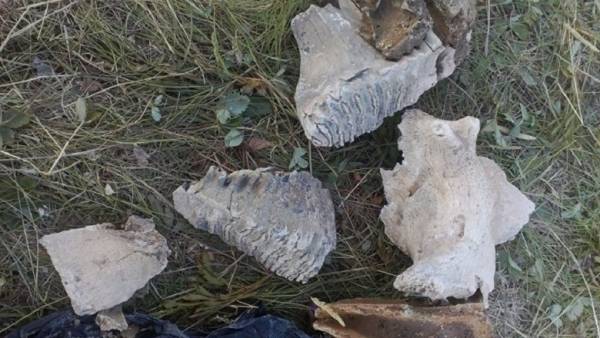 “During the study of ancient soils in the Bogradsky district, they found a large bone remains, which presumably belong to the ancestor of the woolly mammoth — trogonterievy elephant. These mammals lived on the planet in the early Pleistocene, from 800 to 400 thousand years ago”, — stated in the message.

Skeletal remains were found during works on the banks of the Krasnoyarsk reservoir during the study of paleosols in the section, where the Yenisei river flooding the Bank. The University said that these findings are much less common than bones of woolly mammoths, and of great interest to scientists.

According to associate Professor of the Department of paleontology and historical Geology of the University Andrew Spanish, the students probably found the upper teeth and the bones of the skull trogonterievy elephant (the steppe mammoth) — ancestor of the woolly mammoth, which in a large number lived on the territory of modern Siberia tens of thousands of years ago.

Trogonterievy elephant was one of the largest representatives Robotnik in the shoulders he could reach 4.2 meters, it weighs up to 10 tons.

“It is possible the belonging of the teeth and the Khazar elephant, which is an intermediate evolutionary link between trogonterievy the elephant and the woolly mammoth. The existence of this animal — the middle Pleistocene (400-100 thousand years ago). Khazar elephant also inhabited the open spaces, but was smaller. To identify residues more precisely, we need to study them, to measure” — gave the press service of the University of Spanish words.

The scientists noted that the discovery is of great interest. Back in Tomsk, the students will give the findings of paleontologists for detailed study.