NEW YORK, July 19. /TASS/. Founder of the British Fund Hermitage Capital, William Browder, sentenced in Russia to nine years in prison in absentia for deliberate bankruptcy and tax evasion, said Wednesday in an interview with Fox News that shaken by the press Secretary of the White house on Russia’s proposal in his case. 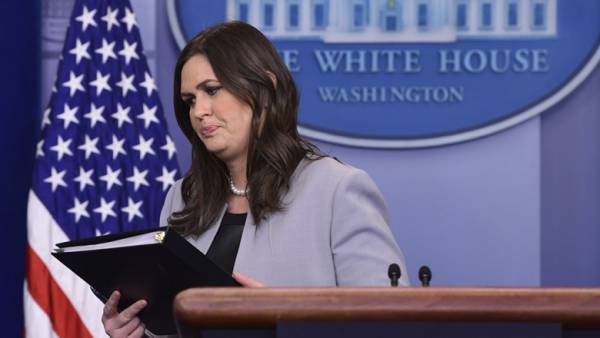 Earlier, the press Secretary of the White house Sarah Sanders, speaking at the press briefing, did not directly exclude the possibility of the interrogation of a number of American citizens with regard to the case of Browder in Russia. According to her, between Russia and the United States had a dialogue on this matter, however, no obligation Washington on not take. As said Sanders, President of the United States Donald trump “will work with his team” on this issue.

“I was absolutely shocked by what I heard today (Wednesday — ed. TASS) from the White house,” said Browder, commenting on the words of Sanders.

“The fact that a spokesman for the White house said that they [the US administration] in a decisive manner, this has not rule out and consider this unlikely exchange me and a few respectable American citizens in these Russian spies, totally shocking and [is] ridiculous, he said. In the end, I am more than confident that nothing [this] will not happen”.

Browder was born in the US, but 29 years ago he moved to the UK and gave up us citizenship for financial reasons — to pay less taxes.