MOSCOW, 18 Jul — RIA Novosti. Russian pranker Vladimir Kuznetsov (Vova) and Alexey Stolyarov (Lexus), posing as Prime Minister of Armenia Nikol Pashinyan, discussed with the head of the European Commission Jean-Claude Juncker of the international situation, as well as invited him to a barbecue in Yerevan. 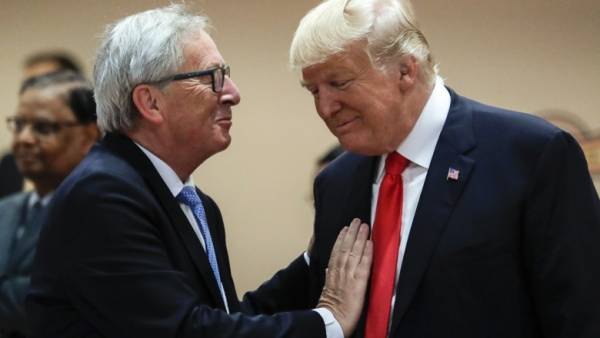 In addition, they talked with the head of European diplomacy Federica Mogherini. Judging by the content of conversations, the recording of which is from RIA Novosti, they took place shortly after the election noted the Prime Minister.

In conversation with Juncker Vova, and Lexus complained of pressure from the United States. In response, the European official said that “we have again and again to explain to Mr. Trump how the world works”.

Prancer also invited the head of the European Commission in Yerevan, where “prepare delicious Armenian barbecue, we call it “kebab””. Vova and Lexus invited Juncker to cook barbecue on the square in Yerevan and hold “kind of rally.”

“That sounds good too! I will come next year. This year it is no longer possible, and next we will find a suitable date and opportunity,” said Juncker.