MOSCOW, July 17. /TASS/ — Timanov will be under arrest until September 12. 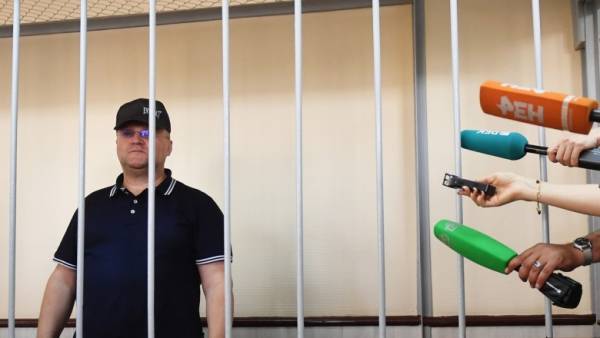 Lefortovo court of Moscow arrested the former head of GSK SK the Russian Federation across Moscow Alexander Drymanov, suspected of taking bribes, reports the correspondent of TASS from the courtroom.

The court decided the petition of the investigation to meet and elect against Drymanov a measure of restraint in form of detention for a period of 1 month and 27 days, i.e. until 12 September.Elena Kanevska

Lefortovo court of Moscow in the closed mode has considered today the question on election of a preventive measure. Drymanov said in court that the not guilty and “ready for the legal battle.”

23 January in Moscow city court at the session on criminal case of the head of management of own safety of investigative Committee Mikhail Maksimenko state Prosecutor Boris Loktionov said that in the negotiations about the diversion in relation to the criminal authority of Andrey Kochanova also participated Drymanov. At the time he passed on business by the witness. On March 6, the court had announced testimony of the Deputy chief of GSU SK the Russian Federation across Moscow Denis nikandrova, who is accused of receiving a bribe, who claimed to have given his chief a bribe of around €10 thousand, Drymanov denied it.