The Prime Minister and the Israeli defense Minister lack the authority to declare war TEL AVIV, 17 Jul — RIA Novosti. Israeli parliamentarians abolished the legal rule, which gives the Prime Minister and the defense Minister the right to emergency cases alone make the decision on the Declaration of war, reported the press service of the Knesset. By a majority of votes deputies have left such powers in the least military-political Cabinet — forum key members of the government. “Repealed provision that allowed the Prime Minister and the defense Minister himself to declare war,” — said in a press release. The amendment to the law “On government”, in effect since April 30, allowed such an option “in cases of emergency when you cannot wait for the convening of a quorum”. A new decision of the Knesset, negate the requirement for quorum, which was defined in half of the members of

END_OF_DOCUMENT_TOKEN_TO_BE_REPLACED

Trump believed in Russia’s intervention in the American elections The President of the United States Donald trump acknowledged Russia’s intervention in the presidential election in 2016. He told this to journalists during a conversation in the White house, reports Fox News. 9фотографий9фотографий9фотографий “I accept the conclusions of the intelligence community that occurred intervention (Russia in the elections), could be other people. And there was no conspiracy,” said the President of the United States. Trump said that he fully trust the security services and there are no reasons for which Russia could not interfere in elections. Trump said that he misspoke at the meeting with Vladimir Putin on 16 July, when he dismissed the charges against the Russian intervention in elections. “Let’s look at things realistically: Russia’s actions had no impact (on the outcome of the elections),” added trump. The American leader has promised to “aggressively” to prevent any attempts of

END_OF_DOCUMENT_TOKEN_TO_BE_REPLACED 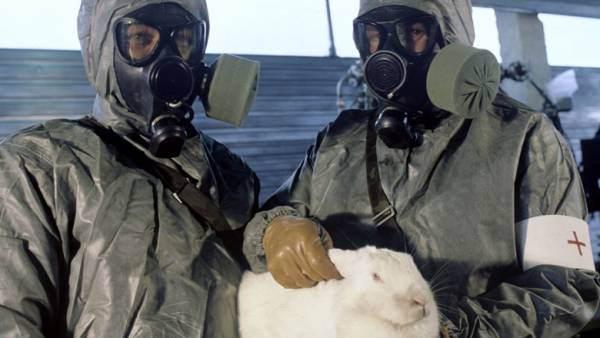 Putin abolished ZATO Shikhany Russian President Vladimir Putin decided to abolish the closed administrative-territorial entity (ZATO), city of Shikhany, Saratov region, the corresponding decree published on the official Internet portal of legal information, RIA “Novosti”. “Based on the law of the Russian Federation from July, 14th, 1992 n 3297-I “About closed administratively-territorial education” and in accordance with the proposal of the government of the Russian Federation decrees: 1. To abolish, as of 1 January 2019 closed administrative-territorial education the city of Shikhany, Saratov region”, — the document says. The government is instructed jointly with the government of the Saratov region to undertake the necessary measures for the elimination BUT in the past six months. Earlier, the British intelligence said that the substance that had poisoned Sergey and Yulia Skrypali in British Salisbury, was allegedly produced at the military research base in the closed city of Shikhany. While the British military