Media: dead woman in Amesbury itself is sprinkled with poison gas

MOSCOW, 18 Jul — RIA Novosti. Poisoned in Amesbury woman before the incident was adorning the wrist of the liquid from the perfume bottle, which was a toxic substance, reports the Daily Mail newspaper, citing a family member of the injured men. 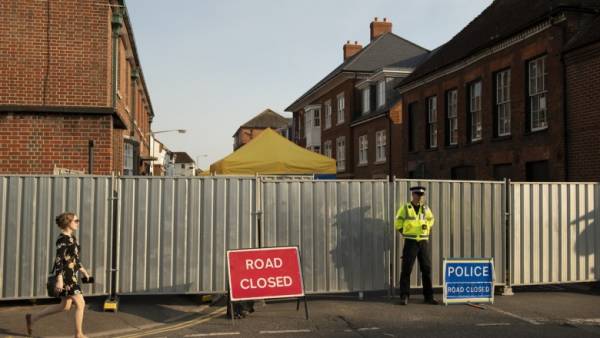 According to him, Charlie mentioned the “strange smell” ammonia from the bottle. According to the brother of the victim, due to the loss of memory, Charlie couldn’t tell exactly where they don Sturges found a bottle of perfume. In this case, before he told the Daily Mail that the couple picked up the bottle in the Park.

Earlier, the British police announced that he had found in the house Charlie Rowley bottle from under the nerve agents. According to media reports, it was a perfume bottle.

The incident in Salisbury and Amesbury

On the morning of 4 July, the British police have reported a “serious incident” in Amesbury, where two people “were under the influence of an unknown substance”, was hospitalized in critical condition. Later Scotland Yard confirmed that a man and a woman were poisoned by the same substance as the ex-GRU Colonel Sergei Skripal and his daughter.