“It’s not too late to save “brakcet”. Boris Johnson said goodbye to the Minister and found a new job

Speaking on 18 July in the house of Commons of the British Parliament’s farewell address, the former Minister of foreign Affairs Boris Johnson has accused the Prime Minister Theresa may in indecision in formulating strategic direction in relation to negotiations with the European Union. And he has managed to find a new job — to bypass the rules. 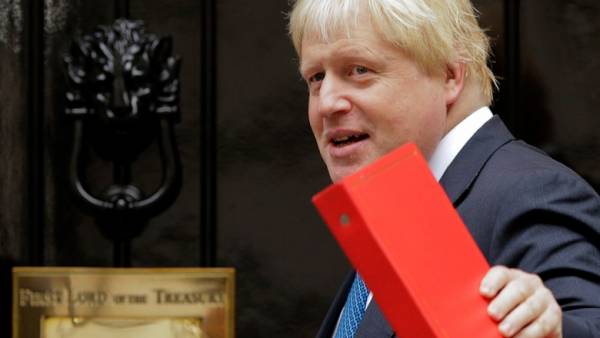 In the British Parliament there is a long tradition to provide the retired member of the Cabinet the opportunity to make a speech in which the former Minister could explain the reason for his resignation.

Such speech can be very dramatic and have far-reaching political effect.

, “I have told you how to do Brexit. Mae didn’t listen”

In his speech in the house of Commons by the former Minister, Boris Johnson repeated his assertion that the government is acting in the atmosphere saturated useless fog of self-doubt. Praising the Prime Minister for the courage and perseverance, Johnson nonetheless rejected again agreed at a meeting of the Cabinet in a country residence Theresa may plan out of the EU, and stated that he will lead the country to the “unfortunate ambiguity.”

“It’s not too late to save “Brakcet,” said Johnson. — We still have time to negotiate, we several times changed its position and may change it again.”