MOSCOW, 18 Jul — RIA Novosti. From Slovakia to Russia extradited a member of the gang Shamil Basayev, Aslan Yandiev, were involved in a series of resonant terror acts in Vladikavkaz in 2006, reported to the FSB. 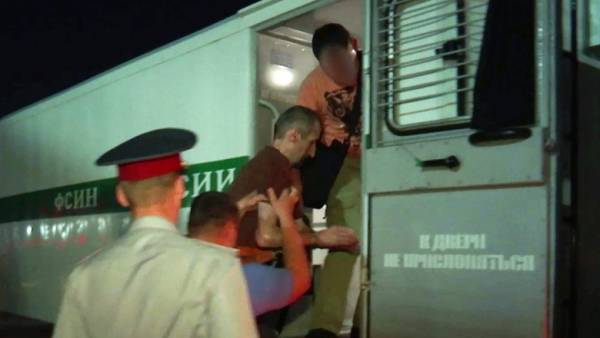 The citizen of Russia Aslan Akhmetovich Yandiev, born in 1978, was in the international wanted list. In the organization of transmission, moreover, the FSB, was attended by the Prosecutor General’s office, NCB Interpol of the MIA of Russia and the Federal penitentiary service.

The wanted accused of involvement in the organization and Commission in 2006 a series of attacks involving improvised explosive devices of the big capacity in the city Park and entertainment center of Vladikavkaz, which caused victims among the civilian population.

Hiding from criminal prosecution in 2010 Yandiev went abroad with fake documents and attempted legalization in Switzerland, Holland and other European countries. In 2011, he was detained in Slovakia.

“To derail the extradition of the defendant for seven years through his lawyers tried to appeal the decision on his extradition to Russia, citing the invalidity imposed against him”, — stated in the message.

The evidence of the criminal activities of the wanted has allowed Bratislava to make the final decision on extradition.