MOSCOW, 18 Jul — RIA Novosti. The Ministry of foreign Affairs of Greece, commenting on the briefing of the official representative of Russian foreign Ministry Maria Zakharova, accused the Ministry of “disrespect to a third country”, the lack of understanding of the modern world and demanded an end to the “constant disrespect for Greece” and interference in internal Affairs. 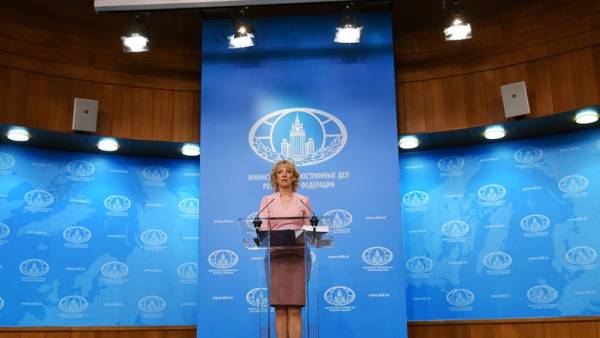 The statement by the Greek foreign Ministry was the first official reaction after the expulsion of two Russian diplomats and a ban on entry into Greece on two Russian citizens.

On Wednesday the official representative of Russian foreign Ministry Maria Zakharova said that acts such as the expulsion of Russian diplomats from Greece, do not remain without consequences. According to her, in Russia there is an understanding that “the Greek people have to deal with the Russian partner, the Russians, and not suffer from a dirty provocation in which, unfortunately, Athens was involved”.

“Today’s statement by the representative of the Russian foreign Ministry are a typical example of disrespect to a third country, and the lack of understanding of the modern world, in which Nations, regardless of their size, have autonomy and may exercise an independent, democratic and multi-faceted foreign policy. This negative logic led four Russian citizens to take actions that led to their expulsion or ban on entry in Greece,” — said in a statement, the Greek foreign Ministry, received by RIA Novosti.