Antonov: Russia requires US to present the facts on charges of meddling in elections

MOSCOW, July 18. /TASS/ — Earlier, the US government brought in absentia charges of 12 alleged members of the military intelligence of the Russian Federation in the framework of investigation into alleged interference in the election in 2016. 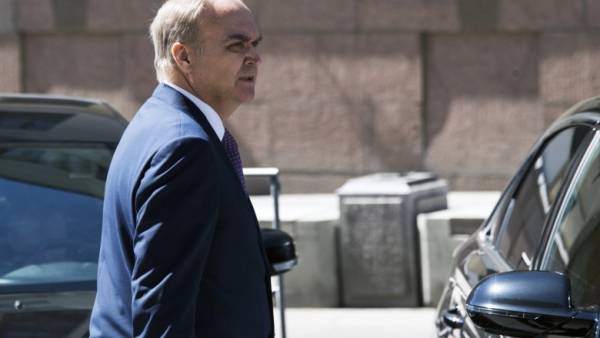 Moscow demands from Washington to present the facts of alleged Russian interference in American elections. About it declared on Wednesday to journalists the Russian Ambassador to the U.S. Anatoly Antonov.

As for interference, then, to paraphrase a Chinese proverb, one hundred mice will not make one tiger. No matter how many accusations, the main requirement is that the facts on the table.Anatoly Antonospora of the Russian Federation in the USA

U.S. authorities on July 13 filed in absentia charges of 12 alleged members of the military intelligence of Russia in the framework of investigation into alleged foreign interference in the elections process in the United States in 2016. As stated by the first Deputy Minister of justice Race, Rosenstein, all the accused are members of the Main Directorate of the General staff of the Russian armed forces.

The President of the United States Donald trump and his aides have repeatedly rejected suspicions of any improper contacts with officials of Russia during the election campaign. Moscow has many times denied allegations of attempts to influence the elections in the United States.

Trump, jointly with the President of Russia Vladimir Putin press conference in Helsinki on July 16 made comments that have caused a political storm in the United States.