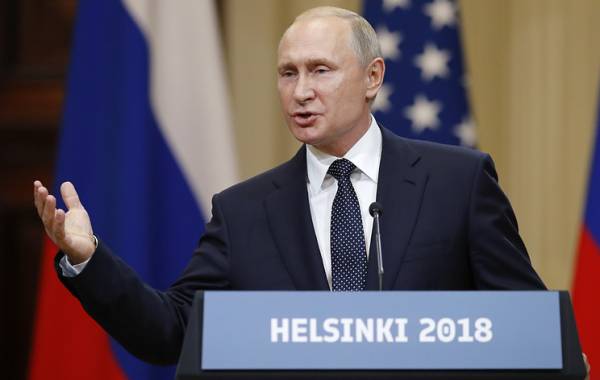 NEW YORK, July 17. /TASS/. Russia does not have any materials which compromised the US President Donald trump. This was stated Monday in an interview with broadcaster Fox News Russian President Vladimir Putin after talks with trump in Helsinki.

“We have no dirt and can not be. Don’t want to offend you, Mr President, trump and afraid to seem impolite, but before he announced that he will be a candidate for the presidency, he did not represent for us any interest,” – said the Russian leader.