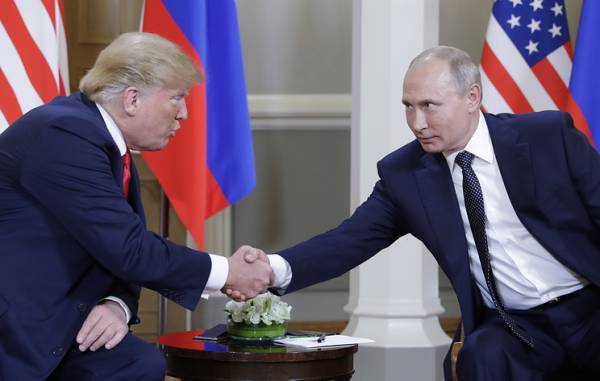 MOSCOW, July 16. /TASS/. The President of Russia Vladimir Putin admitted that his talks with U.S. President Donald trump in Helsinki was more substantial than anticipated in advance. The head of the Russian state said in an interview in the program “Time” on the First channel.