Relations with Russia have deteriorated because of the stupidity of the USA, said trump

The American leader also noted that another reason for the deterioration of the dialogue between Moscow and Washington is “witch hunt”. 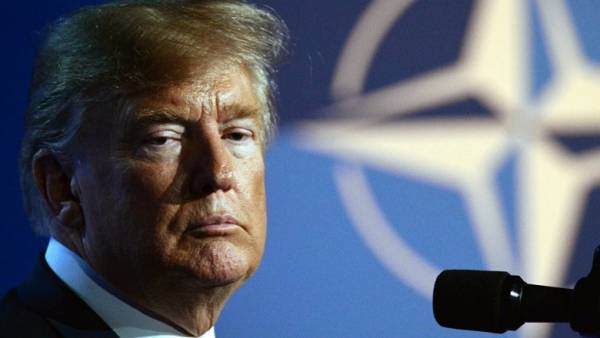 MOSCOW, 16 Jul — RIA Novosti. Donald trump said that relations between the US and Russia have never been worse because of the “perennial stupidity” from the American side.

“Our relations with Russia have never been worse thanks to years of stupidity and the stupidity of the US and today’s witch hunt,” wrote the American leader on Twitter.

Our relationship with Russia has NEVER been worse thanks to many years of U.S. foolishness and stupidity and now, the Witch Hunt is Rigged!

In Helsinki on Monday to hold talks the leaders of Russia and USA Vladimir Putin and trump. In the Kremlin reported that Putin and trump will discuss the perspectives of development of bilateral relations and topical issues of the international agenda.

The conversation between the two leaders

The summit in Helsinki will be the first full-length meeting between Putin and trump outside the framework of multilateral international forums. The Central theme of the meeting, as announced by presidential aide Yury Ushakov will be the current state and prospects of development of Russian-American relations.

The leaders of Russia and the USA have met twice. In July 2017 the presidents held full-scale talks during the G20 summit in Hamburg, discussed the problems of bilateral relations, the Syrian and Ukrainian crises.

In November, Putin and trump talked of “feet” at the APEC summit in da Nang. During the meeting, they approved a joint statement on Syria. After that, the heads of state had several conversations on the phone.