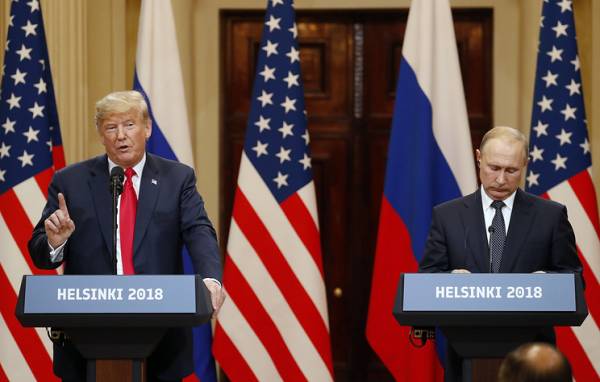 HELSINKI, July 16. /TASS/. Russian President Vladimir Putin acknowledged that the positions of Moscow and Washington differ on Crimea, but in Russia “it is finished.”

“The position of President [of the USA Donald] trump in the Crimea is known, and it follows, he speaks on the illegality of the annexation of Crimea to the Russian Federation”, – stated the head of the Russian state at a press conference following the summit Russia – the USA.