In Helsinki, started the talks between Putin and trump

The two leaders arrived at the Presidential Palace late. 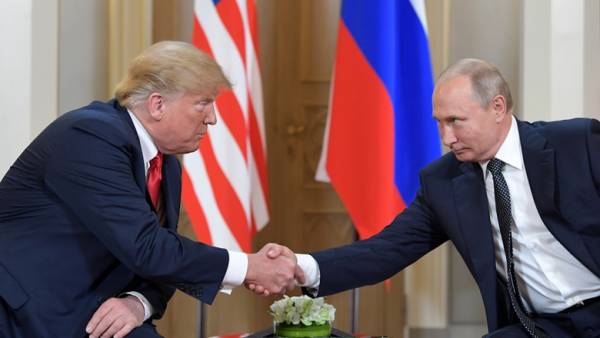 In Helsinki began the first full meeting of Russian President Vladimir Putin and his us counterpart Donald trump. First, the two leaders will talk in a tete-a-tete with them will only translators. Then the presidents will be joined by members of delegations. The composition of the delegations is limited: except for the President is only the Minister of foreign Affairs Sergey Lavrov and Ushakov from the Russian side, and Secretary of state Michael Pompeo-and-coming advisers trump — American.

The talks began with a delay. According to the schedule previously provided to reporters, a bilateral meeting of Putin and trump was supposed to start around 13:15. The Russian President’s aircraft landed at the airport Helsinki-Vantaa is only around 13:00 local time (coincides with Moscow). Trump arrived in Helsinki the evening of Sunday, July 15.