The shroud of Turin is fake, say researchers from Italy and the UK. This is the conclusion they came up with using the dummy to mimic a trickle of blood running down the body of Christ in accordance with his wounds, and they did not match the stains on the shroud. But how the fabric was caused to these spots is still unknown. 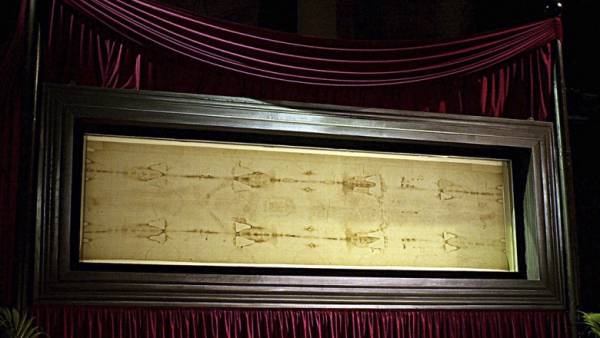 Fingerprint analysis of the blood on the shroud of Turin showed that they could not leave wrapped in a cloth body. To such conclusion the forensic anthropologist Matteo Borrini from Liverpool John Moores University in the UK and a specialist in the field of pseudoscience, organic chemist Luigi Garlaschelli. The results of the study were published in the journal of Forensic Sciences.

Shroud of Turin is a Christian relic, the four-meter shroud in which, according to legend, was wrapped after death the body of Jesus Christ.

Part of believers convinced that the shroud is authentic fingerprints face and body of Christ, why the shroud of Turin is valued as one of the most important relics of Christianity. Considers it to be genuine and part of Church leaders. The shroud has repeatedly been the subject of studies designed to establish or disprove its authenticity.

For the first time the relic was recorded in France in 1353. First, the Shroud was exhibited in the city of lier in the possession of the de Charny. In 1452 it was bought by Louis I of Savoy and kept it in chambéry, where she was damaged by fire in 1532.

In 1898 when the shroud was put on display, an Amateur photographer Secondo Pia took the pictures, and found negatives of the human face. This discovery has raised several questions, the main of which were questions about the authenticity of the shroud and the identity of the depicted person. However, to do serious research with the help of modern methods was only in the late XX century.