The government of Haiti has resigned amid protests

The government of the Prime Minister of Haiti Jacques guy Lafontaine resigned amid mass unrest in the country. President Avenel, took my petition, what he said in his Twitter account. 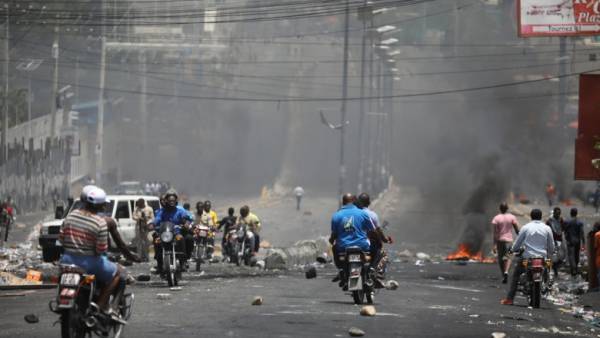 “Thank you Mr. Lafontaine and members of the Cabinet of Ministers for the service of the people”, — added in the message.

The protesters blocked roads, set fire to cars and tires. As a result of the riots killed on different data from three to seven people.

The increase was suspended, however, people began to demand the resignation of the Prime Minister.

Also, the protests spread to Iraq, which the authorities were forced to impose a curfew. Protesters call for an increase in the number of jobs and elimination of shortages of water and electricity.