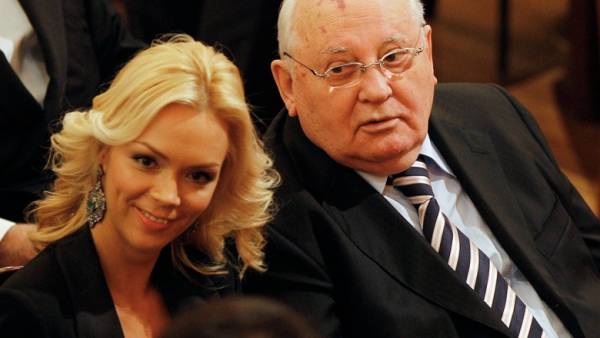 The Soviet era recedes further into history. But its leaders were not only worn formal portraits and places in the books, but the descendants — children, grandchildren, great-grandchildren… How they live today, what you do, what is your dream?

The grandson of Leonid Brezhnev Andrey Brezhnev was like a grandfather, but his path to repeat failed

10 July 2018 in Sevastopol due to a heart problem died 57-year-old Andrei Brezhnev, grandson of General Secretary of the CPSU Leonid Brezhnev.

Andrey Brezhnev, perhaps, was the most prominent figure from the clan Brezhnev since the beginning of the XXI century. His father, Yuri Brezhnev, served as the first Deputy Minister of foreign trade of the USSR and was sent into retirement after coming to power of Mikhail Gorbachev. “Pensioner,” by the way, at that time was only 53 years old.

Andrey graduated from Moscow state University and at the end of the Soviet era worked as the Deputy chief of foreign relations Department of the Ministry of trade of the USSR. In the 1990s, Brezhnev engaged in Commerce, and at the turn of the century he decided to try himself in politics, using the emerging society nostalgic for the days of his grandfather. This was facilitated by the appearance — Andrey really seemed like a young Leonid Brezhnev.

In 1998 he headed “all-Russian Communist social movement” (OKOD). Later Andrey Brezhnev has been a member of the Communist party, led the “New Communist party”, and in 2012 became the first Secretary of the Central Committee of the Communist party of social justice (CPSU). He repeatedly participated in elections at different levels, but to seek election somewhere, he had failed. The last attempt to achieve success was the participation in the elections to the state Duma of the seventh convocation from the party “Rodina”. But Deputy Andrei Brezhnev to become failed.

The grandson of Leonid Brezhnev, who tried to build a political career on behalf of his grandfather is the exception rather the rule. Most of the descendants of the statesmen of the Soviet era or even shunned publicity, or operate under a different name.Political scientist and member: Molotov’s grandson everything turned out

The grandson of the Chairman of the Council of people’s Commissars and Minister of foreign Affairs Vyacheslav Molotov Vyacheslav Nikonov kinship with his grandfather hides, but never in its activities it is not pressed.

62-year-old Nikonov — one of the most famous Russian political scientist, doctor of historical Sciences, Dean of the faculty of public administration of Moscow state University.

Nikonov included in the governing bodies of “United Russia”, a Deputy of the State Duma from the party and is Chairman of the parliamentary Committee on education. Among hundreds of works Nikonov as a scientist, there are those that devoted to the biography of Vyacheslav Molotov.

Creator and leader of the group “Flowers” Stas Namin is known as one of the first domestic musical producers. From his first independent production center SNC were such groups as “Kalinov most”, “Brigade s”, “Moral code”, “spleen” and many others. Namin has created and produced, and the most successful Russian group, focused on the Western audience — “Gorky Park”. Namin — so successful and self-sufficient person, what about his ancestors remember not so often.

Meanwhile, Stas Namin, a grandson of Anastas Mikoyan, for many years held the post of people’s Commissar of trade of the USSR, whose career folk art is described as “From Ilyich to Ilyich without a heart attack and stroke”.

The father of Stas Namin — Alexei Mikoyan, the third son of a Stalinist Commissar. Alex anastasovich was a military pilot, and participated in the great Patriotic war, one of the first in the country mastered jets. Alexey Mikoyan was promoted to the rank of Lieutenant-General of aviation, and was also awarded the honorary title “Honored military pilot of the USSR”. Himself Stas Namin (whose real name is the same as that of his grandfather, Anastas Mikoyan) graduated from the Suvorov military school, but chose a military career creativity. In recent years, the 66-year-old Mikoyan does a lot of painting, photography and directing. In July 2018, the Namin, took part in the festival “Golden apricot” in Armenia, which presented their films “the Ancient Church of Armenia” and the “Real Cuba”.