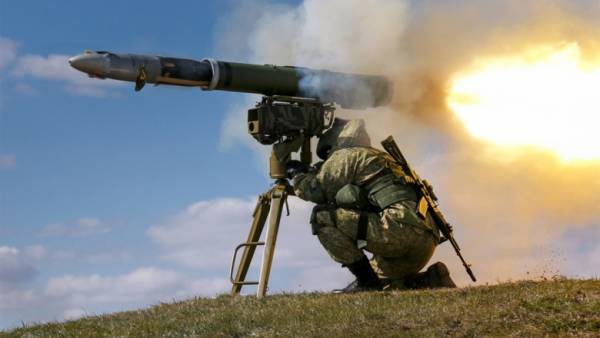 “It seems that Russia was ahead of the rest high-explosive fragmentation and thermobaric warheads for anti-tank guided missiles, as virtually every missile in the inventory of the Russian army has options with these combat units,” — said in the article.

So, these warheads are equipped with shells ATRA “Metis”, and missiles “Attack”, which is “quite a dangerous potential,” specifies the author of the material.

The ability of ATGM to hit relatively small targets at distances more than five kilometers significantly expands the range of capabilities of the armed forces, the article said.

One of the most common ways to use ATGM is a fire from a helicopter, the newspaper writes. Thus, Russia used the shell 9М120Ф (a type of ATGM “Ataka”. — Approx. ed.) equipped with a warhead combo — explosive and the volume-detonating — action attack helicopter Ka-50 to destroy the militants in Syria.