The government of Ukraine and the French company Airbus Helicopters signed an agreement on the supply of 55 helicopters for the National police, the National guard, the border service and the state service for emergency situations. This is stated on the official website of the Cabinet of Ministers. 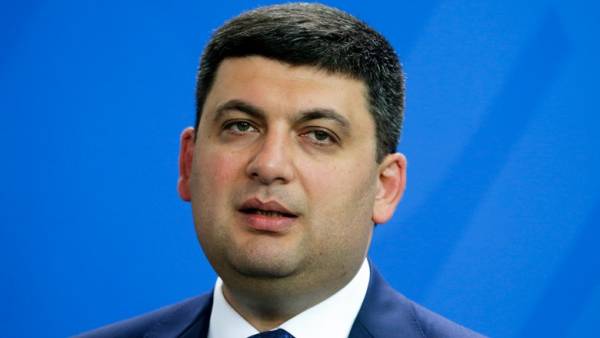 Agreement in the amount of 555 million euros signed in the government house in the presence of Prime Minister of Ukraine Vladimir Groisman. According to the document, Ukraine will receive 21 helicopters Н225, 10 helicopters Н145 and 24 helicopters Н125. The French side also pledged to provide technical support and to train pilots and maintenance personnel.

It is noted that helicopters will be used for the maintenance of public order, anti-terrorism activities, border protection, aerial reconnaissance, protection of critical facilities, aeromedical evacuation, delivery of operational response teams and rescue, search and rescue and extinguishing fires.

Part of the funds in the form of medium-term loans will provide a pool of French banks and the French Treasury.

Earlier the Minister of internal Affairs of Ukraine Arsen Avakov said that Ukraine can regain control over the entire territory of Donetsk and Lugansk regions of the country, without the help of troops and UN peacekeepers with two thousand of the militia. In his opinion, the territory under control of Kiev should gradually return — the formation of the transitional administration. “The plan is called the “tactics of small steps, which applauded all”,” — said Avakov.