MOSCOW, 14 Jul — RIA Novosti. The Russian foreign Ministry drew attention to the video with a briefing of the President of Ukraine Petro Poroshenko and NATO Secretary General Jens Stoltenberg in Brussels, which took place before almost empty hall. 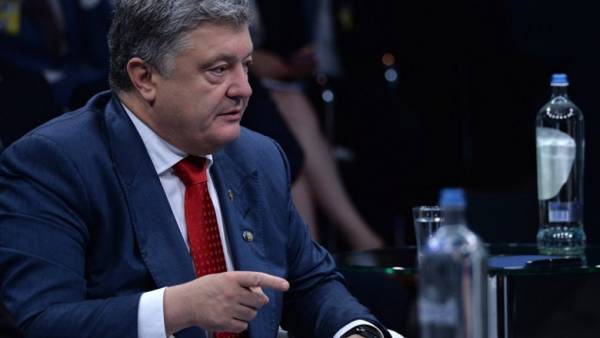 “When you do something not so” — said the Russian diplomats, the official Twitter of the Agency.

When you are doing something wrong pic.twitter.com/N9G1EzQENX

The footage shows that the hall, where are Poroshenko and Stoltenberg, is just a few people, one of those present left the room at that moment to come when the Ukrainian President and the NATO Secretary General.

Earlier pictures of the event drew the attention of the chief editor of the publication “Timer” Yuri Tkachev. Some netizens jokingly suggested that reporters do not expect to hear from the Ukrainian President anything new.

Petro Poroshenko is not the first time I had to give a speech to nearly empty room. Similar experience at the head of the state was already in February at the Munich security conference. The German media drew attention to the fact that the statement of the Ukrainian leader ended with lethargic applause, and then he didn’t even ask questions.

As noted by researcher, Center for European studies, IMEMO RAS Vladimir olenchenko, a figure Poroshenko no longer in the West of illusions about its political weight. In his opinion, the President of Ukraine “sunk to the level of the articulation of the US position” on various issues.