EKATERINBURG, 14 Jul — RIA Novosti. The Primate of the Russian Orthodox Church wants to personally seek the truth in the issue of recognition of the king’s remains, said Saturday the head of the Patriarchal press service Alexander Volkov priest. 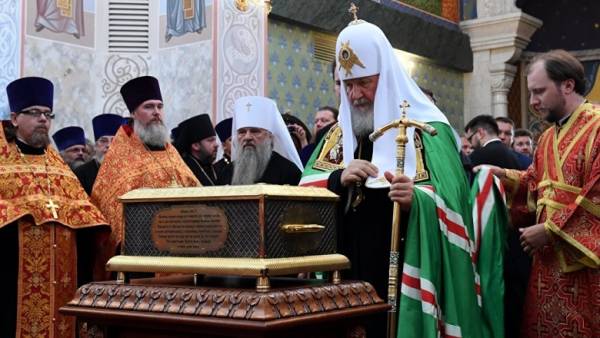 “The Patriarch wants to find the truth, he was a man who details to understand. He had a list of ten questions that he had asked the experts,” Volkov told reporters.

He reiterated that the final position of the Church formulated at the Council of bishops, but soon his conduct is not planned. “So even if they completed examinations which are already, as I understand it, over 90% of their final announcement is still in the Cathedral,” continued the press Secretary of Patriarch Kirill.

According to him, the ROC no differences, when “the Patriarch said so, and others differently.” The hierarchy of the Church wants its position was not subject to any political movements, made wolves.

The last Russian Emperor Nicholas II and his family were shot in the summer of 1918 in Ekaterinburg. In 2000, the Russian Church canonized Nicholas II and his family canonized, after the opening of the graves near Ekaterinburg remains of members of the Imperial family were buried in the tomb of the Peter and Paul Cathedral in St. Petersburg. In the fall of 2015 the investigators resumed the investigation of the death of the Romanovs. Currently also conducted the examination associated with the authentication found in 2007 remains possible, Tsarevich Alexei and Grand Duchess Maria.