Different types of these rodents differ in how often males sing to their females during courtship. 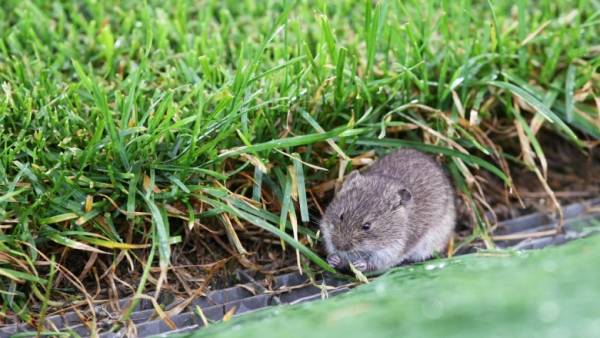 The employee of Institute of problems of ecology and evolution named after A. N. Severtsova RAS Marina Rutowska studied the subtle differences of the sounds produced by three sibling species of voles: Microtus socialis, Microtus Microtus paradoxus and hartingi — so close that the first two are often considered as one.

It turned out that the studied rodents of different species differ in the pitch of the sound (squeak), published in risk, and frequency mating songs.

This is another argument in favor of Microtus socialis Microtus paradoxus and independent from each other the taxa. The scientific article about the vocalizations of voles published in the journal Bioacoustics.

Although voles in the people often called field mice, they actually belong to the family of Khomyakov and form in it the subfamily polunochi. One of the genera polunochi gray vole (Microtus), living mainly in the steppes and semi-deserts. Now this genus divided into two subgenera — the actual Sumeriomys and Microtus. Their representatives differ in anatomy and morphology, and structure of the chromosomes. Moreover, the genealogical tree gray voles differs from that on the basis of what data it was built. In particular, Kopetdag voles (Microtus paradoxus), a number of researchers refers to social vole (Microtus socialis) of the subgenus Sumeriomys.

To understand the extent to which kinship these rodents, Marina Rutowska took another, independent criterion for the distinguishing of species.

It is known that the gray voles, like many other members of the family Khomyakov, with danger emit short squeaks. Their males during the breeding season singing to females, but a successful courtship can take place and no singing. A zoologist for several days recording the sounds of voles caught in the wild and contained in the nursery in Chernogolovka. Individuals of a subspecies of the social vole Microtus socialis socialis brought from Kalmykia, Microtus socialis goriensis from South Ossetia, Kopetdag Microtus paradoxus — from Turkmenistan, and Microtus hartingi — from Bulgaria. Most of the time each rodent was conducted with individuals of their own sex, but for 10 minutes a day they were off with the vole of the opposite sex. The researcher determined the nature of the animals produce sounds (squeaks or songs), their frequency, and the duration of each pitch at the time, when the volume reached the maximum value.

It turned out that although in one view of duration, pitch and loudness of the beeps can be very different depending on the level of anxiety in rodents, interspecies differences in the Peeps there, and very noticeable. The squeak lasts Microtus hartingi of 0.03−0.04 seconds, while the public and the Kopetdag voles make sounds more long — from 0.10 to 0.19 seconds each. Above all squeak M. hartingi is 12.1 kHz. But Kopetdag and social vole the height of the sounds is also different: the first “scream” below, at a frequency of 3.6 kHz (males) and the second higher to 5.1 kHz. All but the Kopetdag voles, the sound of the males could be distinguished from smoczego. This files most often during courtship songs are performed by males and Microtus socialis Microtus socialis paradoxus. Rarely did Microtus hartingi, but the subspecies Microtus socialis goriensis sounds of this type generally cannot write. Thus, the vocalizations of these voles confirms the correctness of Microtus socialis dividing into two subspecies.

Given the marked differences between the parameters of the squeak from public and Kopetdag voles (pitch, etc.), these rodents really should be attributed to different species. The results of the analysis of the behavioral criterion in this case is closer to those for morphological than molecular biological criteria.