MOSCOW, July 14. /TASS/. Russian President Vladimir Putin congratulated French counterpart Emmanuel Macron’s national holiday, which is celebrated on Saturday in France, and praised the bilateral relationships. This was reported by the press service of the Kremlin. 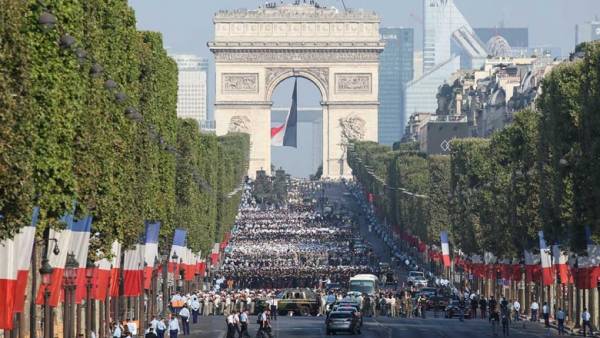 “The President of the Russian Federation Vladimir Putin sent a congratulatory telegram to the President of the French Republic to E. Macron on the occasion of the national holiday — the Bastille Day. The Russian head of state gave a high assessment of Russian-French relations, which have traditionally played a special role in European Affairs, are an important factor of peace, security and stability on the continent”, — stated in the message.

“I am confident that, acting together, our countries can do much to solve urgent issues of regional and global agenda,” said Putin, whose words are resulted in a press-service.

The Russian President also “expressed the hope that the results of the may visit of Emmanuel Macron to Russia will contribute to the development of mutually beneficial relations and political dialogue between Moscow and Paris in various fields,” added the Kremlin.

Tradition every year to celebrate a national holiday on 14 July, France leads from the 1880s. Usually this date is associated with the storming of the Bastille on 14 July 1789 during the great French revolution, and also with the Feast of the Federation, which was held a year later, on 14 July 1790.