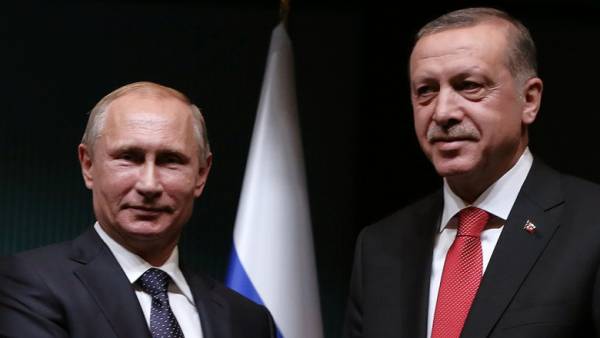 Added that Putin once again congratulated the Turkish leader with his victory in the recent elections and the official inauguration of the President. Both sides underlined mutual commitment to further advancing cooperation in various fields.

“The sides discussed topical issues on the international agenda and regional issues. Special attention is given to the joint steps to resolve the crisis in Syria on the basis of the relevant resolutions of the UN Security Council and agreements reached in the framework of the Astana format”, — stated in the message.