Putin and Erdogan agreed to meet at the BRICS summit, the source said

ANKARA, 14 Jul — RIA Novosti, Alain Palazhchenko. The presidents of Turkey and Russia Tayyip Erdogan and Vladimir Putin agreed to hold a meeting on the sidelines of the BRICS summit, which will take place July 25-27 in Johannesburg, told RIA Novosti source in the administration of the Turkish leader on Saturday. 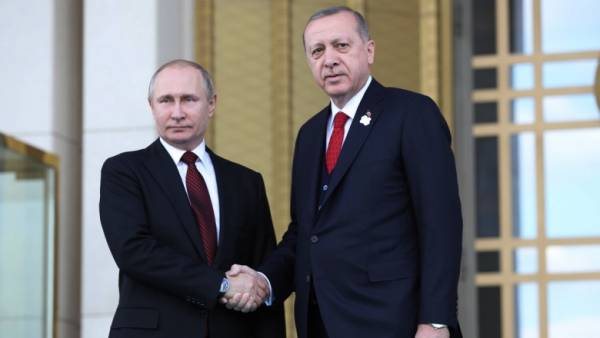 “The presidents of Russia and Turkey, today held a telephone conversation, during which agreed to lead a meeting at the end of the month (25-27 July) in Johannesburg at the BRICS summit,” — said the source.

He added that the presidents also discussed the situation in Syria and joint projects of Russia and Turkey, in particular, the “Turkish stream” and NPP “Akkuyu”.

“Erdogan said that he is very concerned about the attacks on civilians in Deraa. If the Syrian regime will thus operate in Idlib, the agreement in Astana would lose its meaning,” added the source.

In this regard, according to the source, it is very important to involve the Syrian opposition for the next round of talks in Astana on 30-31 July.