The President of the United States Donald trump is not going to break relations with Russia over the incident with the “Newcomer” in the British cities of Salisbury and Amesbury. He declared it in interview to the newspaper The Sun. 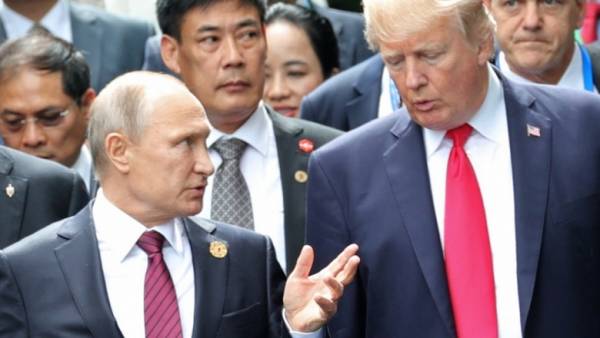 “I think getting along with China, along with Russia”, — he said, answering the question, does not affect whether the use of nerve agents on plans to meet with Putin on 16 July in Helsinki.

July 4, a couple of Brits were poisoned in neighboring Salisbury and Amesbury. It was found that they were exposed to nerve agents, which in March was poisoned by a former GRU officer Sergey Skripal and his daughter Julia. Later one of the poisoned died in the hospital. The British defense Ministry for the death of a woman from the “Newbie” things. Moscow denies the accusations.

On March 26 due to “business Skripal” the United States declared persona non grata 60 Russian diplomats and decided to close the Consulate General in Seattle. Russia has used the mirror measures, causing discontent in Washington.