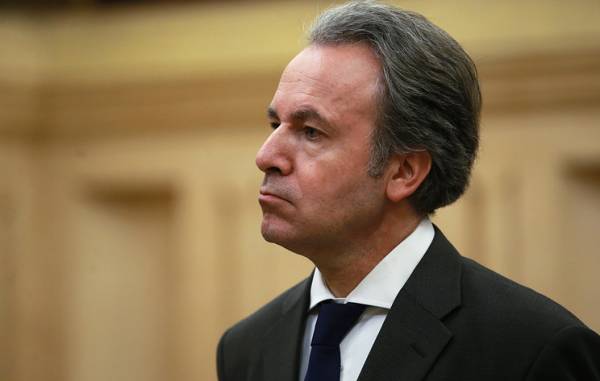 The Ambassador of Greece in Russia Andreas Fryganas

MOSCOW, July 13. /TASS/. The Ambassador of Greece in Moscow Andreas Fryganas was summoned on Friday to the foreign Ministry, where he expressed strong protest in connection with the expulsion of two Russian diplomats and a ban on entering the Republic of two citizens of the Russian Federation. This is stated in the message of the Russian depodesta.