A resident of Veliky Novgorod, owed more than 330 thousand rubles alimony, tried to hide his car in the courtyard of the Department of the Federal bailiff service (FSSP), hoping that there she will not look. On Thursday, July 12, said “the Tape.ru” Olga Alexandrova, the official representative of management FSSP on the Novgorod region. 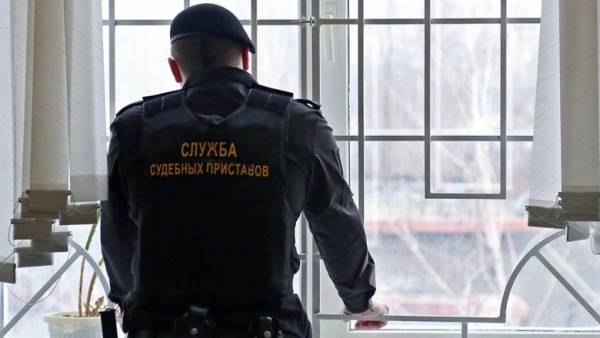 “39-year-old Novgorodian, in respect of which in March 2017 was opened enforcement proceedings, the bailiffs stated that officially employed and no property had not. But soon the bailiffs found that the debtor owns a car Opel Astra”, — said Alexandrov.

According to her, in order to avoid arrest, the car owner decided to hide the car in the most secure, as it seemed, the place — in the courtyard of the Department of the Federal bailiff service. He hoped that there she won’t be coming, but he was wrong: soon the car was discovered.

By law, the car had to be put up for auction, and the proceeds used to repay debt. But it did not come in the shortest possible time after the seizure of movable property male completely paid to the former spouse and paid a performance fee. Immediately after this, in June 2017, the car were returned to him.

28 may it was reported that a resident of Okulovsky district of Novgorod oblast, owe back child support of more than 800 thousand rubles, tried to hide in the apartment from the bailiffs, however, the man has issued its own cat.