Friday the 13th: give up superstition

MOSCOW, July 13 — RIA Novosti, Natalia Fedotova. Friday the 13th — the day of trouble, when it is necessary to be constantly on the alert. In any case, many people think so, and some even cancel everything and afraid to leave the house. 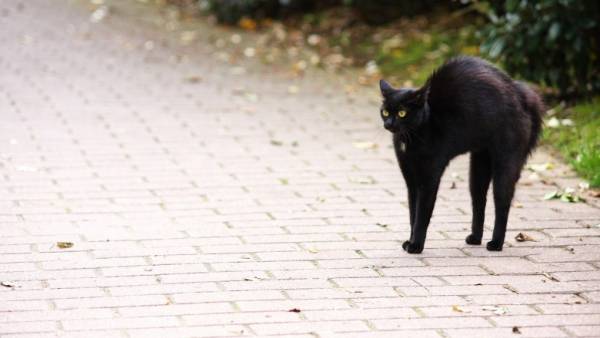 What real events are connected with this date, where fiction and where the truth lies and what they think about the representatives of traditional religions — in the material RIA Novosti.

The Number Of Christ

From a Christian point of view, every superstition is a departure from the true faith, a religion without God. But with the phrase “Friday the 13th” is associated with many of the Christian allusions: the day Christ was crucified (on the 13 th day according to the lunar calendar was the day of His suffering), He was 13th in the circle of the apostles.

The story also gives plenty of food for all kinds of speculation on this topic. According to legend, it was on Friday, 13 October 1307, king of France, Philip the fair ordered the arrest of all the Templars (the representatives of the powerful knight of the Teutonic order, founded in Jerusalem in 1119). “Because the knights Templar — an important element of any conspiratorial picture of the world, for some it was a reason to consider every Friday 13 February unlucky day,” — said the hegumen Serapion (Mitko), Deputy Chairman of the Synodal missionary Department of the Russian Orthodox Church.

Mystery of number 13 in the middle Ages and the Renaissance added numerology. “The number 13 could have an evil tint as opposed to the number 12, which in numerology has always been considered a happy and important, because it is divided into two, three, four, six,” explains Olga Trefilova, researcher at the Department of linguistics and folklore of the State Academy of Slavic culture.

I thought about Friday the Slavs

In pagan times the ancient Slavs had their own understanding of good and bad numbers, and good and bad days. Friday was considered an unlucky day.

This day also associated with the Christian Holy Paraskeva Friday. By the way, believed that it could punish women for extra work (sewing, washing, etc.). However, most likely, it dates back to pre-Christian times.Olga Travelagency employee of the Department of linguistics and folklore of the State Academy of Slavic culture

“But neither the Western nor the southern Slavs was not prejudiced to the number 13,” she said.

How to shift the responsibility

In fact, a sinister aura surrounded the Friday the 13th, only at the end of XIX — beginning of XX century, when mass culture arbitrarily combined separate, unrelated events, creating a myth about a certain cornection the bottom. In modern medicine there’s a tradition of specializing in the treatment of phobias associated with this day. And in America no 13 floors (after the 12th comes the 14th), because there is no one wants to settle or rent an office.

Russian researcher of contemporary religious sectarianism A. L. Dvorkin confirms that the roots of this superstition in the gospel, “although it is perversely understand.” “The Catholic superstition, it was not distributed, appeared along with the Hollywood movies, where it was taken,” he says.

“Behind this is a certain understanding of reality. If you count every Friday the 13th, an unlucky day, it can be conclude that human life is determined not by his actions and conscious choice, and some beyond his control and totally unknowable external events. Man loses all free will, choice, it is removed responsibility. Success or failure is not determined by the actions of man, and the appearance of irrational, incomprehensible forces,” says the hegumen Serapion (Mitko).

Meanwhile, the Christian worldview implies that man is the image and likeness of God, endowed with reason and freedom.Of course, Friday was considered by many superstitious people a bad day because on Friday Jesus was crucified Christ. But the crucifixion of Christ had the significance of the atonement of human sins. So there is nothing unfortunate in this, on the contrary — this is the way to eternal life. Even if we imagine that by the Providence of God had some matches, still Friday and the number 13 does not become worse. All the numbers, days of the week, all mathematical laws are God’s creation. And God can come no evil.Arkady Millerpresident Byzantine club “Katechon” at the Institute of philosophyThan to fill the life

By Friday, the 13th, as a senseless superstition include other traditional religion.