Boqueria: life expectancy depends on how long the person works

MOSCOW, July 13. /TASS/. The person who longer involved in professional activities, keeps their health, and professionals of older age in different fields are highly appreciated and demanded in different countries of the world. 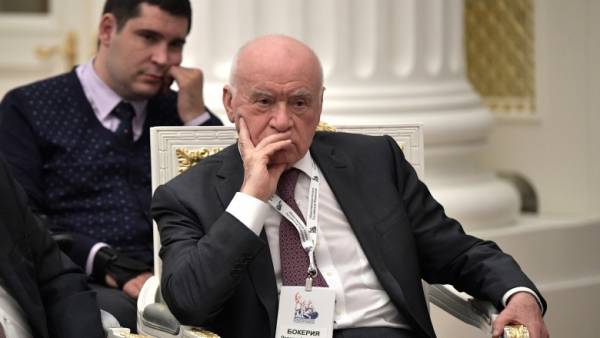 Such opinion in conversation with the correspondent of TASS on Friday was expressed by the cardiac surgeon, head of the Center of cardiovascular surgery them. After Bakulev Leo Bokeria.

The longer one is engaged in their daily professional activities, and, thus, the maximum socialized, the better preserved his health, and the greater the duration of life is known fact. This is training for higher nervous activity, vision and for the surgeon — and even for hands.Leo Bokeria, a cardiac surgeon, head of the Center of cardiovascular surgery them. After Bakulev

In his opinion, older workers, indeed, priceless. “Against the doctors was at all times: people want to be treated by an experienced physician. Surgeons, say, in America to the table are allowed only in 37 years, and held it for 40 years as an independent surgeon, is still a big question. It concerns doctors, scientists, teachers, people of intellectual work and workers of the highest qualification. Of course, this potential that creates the material and intellectual values,” said cardiac surgeon.

The experience of the surgeon in operating activities is difficult to overestimate, said Bokeria. So, in some countries there is a practice where highly experienced specialist reaches a certain age, for example 65 years, after which, as a rule, he will not be able to hold a high supervising position. “The more [such people] can continue career in surgery, and thus occupy a higher administrative position,” — said the source TASS. In General, the global trend is that the age of old age moved to a later period of life.