Trump could “recruit” in the Soviet Union, the media are writing

MOSCOW, 12 APR — RIA Novosti. The current President of the United States Donald trump “recruited” back in 1987, during his visit to Moscow, writes New York magazine. 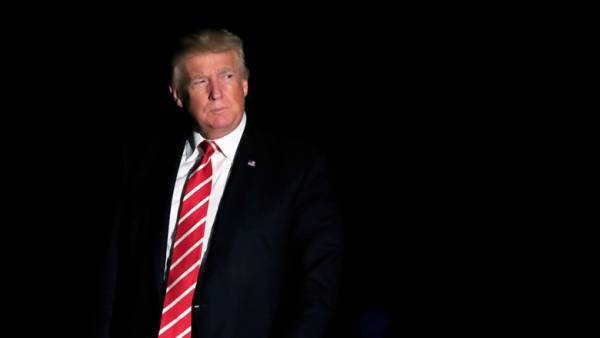 The publication connects the beginning of the political career of trump in 1987 with his trip to Moscow to discuss the possible construction of the hotel. While a year earlier in new York, future American President met with Soviet Ambassador Yuri Dubinin. It is reported that the hotel was never built, but the “trump returned from the USSR with political ambitions.”

It is noted that the Kremlin may be dirt on trump after his visits to Moscow in 1987 and 2013. In addition, according to the magazine, the reluctance of the US President to publish his tax return may be due to the fact that for many years he “could have different ways to get Russian money”.

Currently in the U.S. investigation of alleged Russian interference in American elections, as well as alleged links trump with Moscow, which refutes the White house and the Kremlin. Russia denies such allegations, calling them unsubstantiated. Press Secretary of Russian President Dmitry Peskov called allegations of meddling in the election “completely unfounded”.

The presidents of the United States and Russia will meet in the Finnish capital on July 16. As reported in the Kremlin, they are going to discuss prospects of further development of bilateral relations and topical issues of the international agenda. This will be the first full meeting of Putin and trump without reference to the summits.