Moscow saw the statement of the US President’s attempt to force the partners to buy more expensive gas. 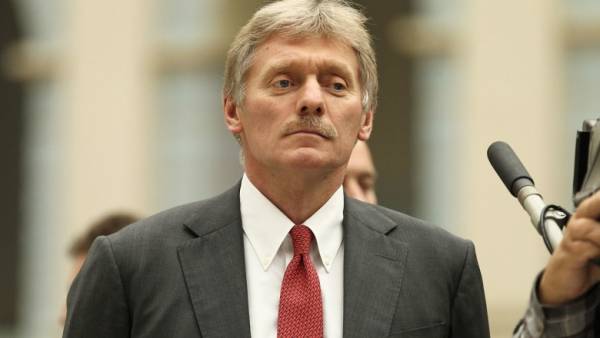 Press Secretary of the President of Russia Dmitry Peskov commented on the statement of U.S. President Donald trump, criticized America’s partners in NATO, which supported the project of gas supplies to Europe through the pipeline “Nord stream — 2”. Peskov said that the project is purely commercial. No reason to doubt Russia’s reliability as a supplier of fuel to European partners can not be, said the representative of the Kremlin.

For many decades, Russia confirmed that it is a reliable guarantor of gas supplies to Europe. No other provider has not demonstrated this reliability. Also, we all know that cost and the final cost there are very few vendors can compete with it.Dmitry Pescovitz Secretary of the President of Russia

Attacks on the “Nord stream — 2” is an attempt “to force US partners to buy more expensive gas,” added Sands. “We have stated that we believe this is unfair competition”, — said the representative of the Kremlin, a proviso that Moscow believes that the issues of energy supply should be resolved exclusively within the framework of economic competition.

Speaking of trump’s statement about the dependence of Germany on Russia, Peskov said that “this dependence leads to a complete interdependence”. “This is the key to stability and further mutually beneficial cooperation in various areas,” he explained.