Singer Katya LEL told that the author of the text of her new songs “in Full” became the official representative of Russian foreign Ministry Maria Zakharova. 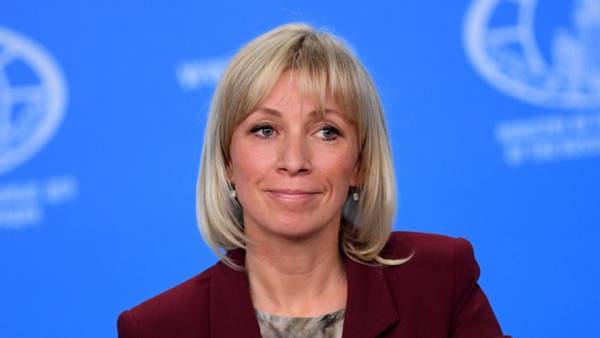 “Suddenly early in the morning she sends me poems and says I didn’t sleep all night, and told me 15 minutes came the text about you and your life,” — said the singer.

She noted that these poems really touched her. Katya LEL admitted that at first she wanted to write music to the text Zakharova, but she gave melody composer Alexander Lunev.

22 June 2017 premiere of another song, the text of which also wrote the representative of the Russian foreign Ministry. At the opening of the Moscow international film festival the song was performed by singer Nargis. According to Zakharov, this song is dedicated to the Russians who fought in Syria.