German neonazisti sentenced to life imprisonment for the murder of immigrants

The German court recognized the 43-year-old Beate Chepe guilty of ten murders motivated by racial hatred. Victims of neo-Nazis were of Turkish origin, one Greek and a German policewoman. 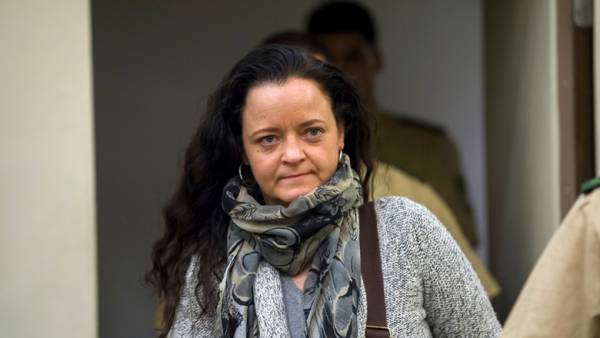 Two neo-Nazis held together with Chepe in the cell the so-called “National socialist underground” (NSU), killed herself in 2011, after which a conspiracy of neo-Nazis were exposed.

Among them are a former functionary of the far-right National democratic party of Germany.

Killing of immigrants occurred from 2000 to 2007, and the police not only were unaware of the connection between them, but didn’t think they were racially motivated: before the moment of disclosure of a gang of neo-Nazis investigators believed the suspects relatives.

The case was solved almost by accident. Beata Chepe lived in the Eastern German city of Zwickau, renting an apartment along with two men — Uwe and Uwe Mundocom Bengaldom.

The bodies of two men were discovered in a burned-out van. The police came to the conclusion that Mundlos and Benhardt agreed to commit suicide after a failed Bank robbery.

Beata Chepe surrendered to the police when her apartment exploded. According to the investigation, Chepe tried to destroy the evidence and documents about the criminal activities of the NSU, but after the explosion, the evidence fell into the hands of the police.

Shots in the face

The first murder occurred on 9 September 2000 in a flower kiosk in the suburbs of Nuremberg. Two people shot the florist Enver Simsek in the face. Of the eight shots of goal reached six. Simsek died two days later in the hospital. When the attack was used the Czech-made pistol CZ 83, which was discovered after the arrest of Beata Chepe 11 years later.

The script first murder was repeated several times within six years. All the victims were of Turkish origin, with the exception of the Greek locksmith. boulgarides of whom might have taken for a Turk. A victim of the last murder in April 2007 became a policewoman. Perhaps it was motivated by personal animosity or aimed to acquire weapons.