Moscow. July 10. INTERFAX.RU — Arrived in Brussels on Tuesday evening in conditions of high security for participation in the NATO summit US President Donald trump is not met the leadership of Belgium, reported the website of the newspaper Le Soir. 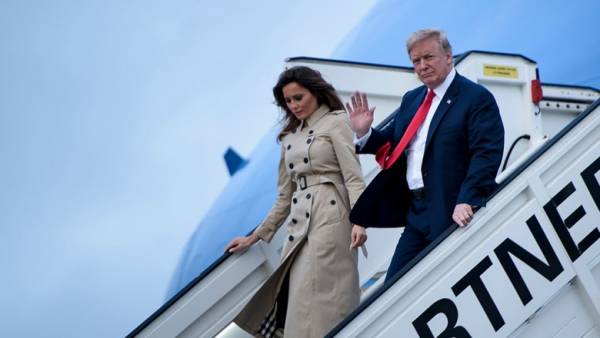 The newspaper reminds that the king of the Belgians Philippe watches in St. Petersburg for the match Belgium-France. There is also the Minister of foreign Affairs Didier Reynders. The Prime Minister of Belgium Charles Michel is watching this match in the city of Braine-Le-Comte in the fan zone, hosted in a local Park, temporarily renamed in Hazard Village, as it is home to the Belgian Eden hazard (Eden Hazard).

According to Le Soir, to meet the American President sent the chief of Protocol of the foreign Ministry, Ambassador françoise Gustin. On the same level, according to the publication, will meet and rest of the 29 heads of state and government of NATO countries. Accordingly, no special honors for the President of the United States.

During a visit to Brussels in may 2017 at the opening of the new headquarters of the NATO trump at the airport, met Michelle with the civil wife. Then the President of the United States took in the Royal Palace.

“Nothing of the sort on the occasion of this second visit of Donald trump to Belgium. The world Cup is not every year,” writes the publication.