MOSCOW, July 11. /TASS/. The Russian defense Minister Sergei Shoigu has ruled out the possibility of direct conflict between Russia and Ukraine, noting that only unconditional implementation by the Kiev, the Minsk agreements will help to avoid “genocide of the Russian population” of the country. 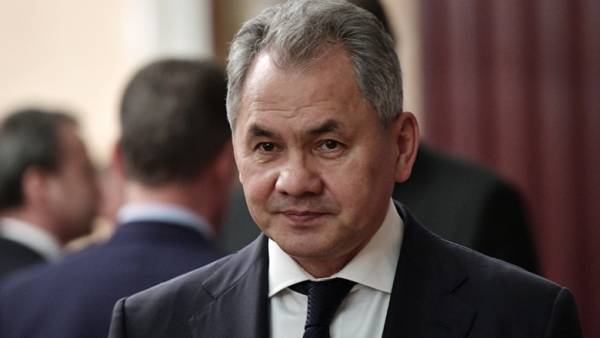 “I consider it impossible the appearance of a direct confrontation between Ukraine and Russia”, — he told in interview to the Italian newspaper “Giornale”, published on Wednesday.

The Minister stressed that “only the unconditional fulfillment of the Minsk agreements Kiev will allow to exclude the occurrence of a situation that could lead to the genocide of the Russian population”.

“At the same time Kiev completely rejected the possibility of dialogue with Donetsk and Lugansk, without which the resolution of the crisis impossible. Of course, our country reacts to the situation, constantly urging Kiev to implement the Minsk package of measures,” — said the head of the Russian military.

Shoigu expressed hope that European countries, primarily the participants of the Normandy format (in addition to Russia and Ukraine with the participation of Germany and France), “will be able to use all its influence on Ukrainian authorities for a peaceful settlement of the internal conflict in the South-East of this country.”