MOSCOW, 11 Dec — RIA Novosti. American entrepreneur Elon Musk, who heads high-tech companies, SpaceX and Tesla, said the words about the “impracticality” a mini-submarine that was created by his company for the evacuation of children from the flooded caves of Tham Luang in the Thai province of Chiang Rai, but was not involved in the rescue operation. 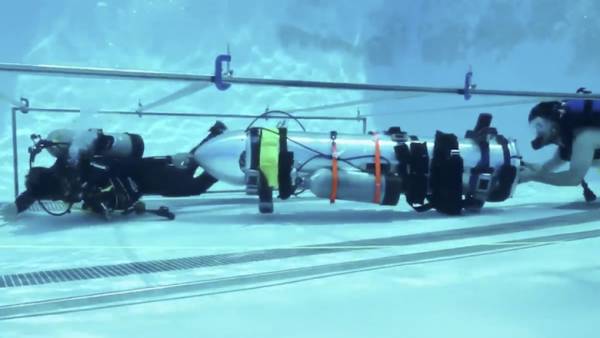 Previously, Musk has offered to save locked in the cave of teenagers using mini-submarines. He personally came to Thailand for trials, which were held in the third chamber of the cave (about two miles from the entrance), and reported that the submarine will remain in Thailand for the current operation, “if need be”, and for future rescue operations.

Later, the media reported that the ex-Governor of Chiang Rai and the current Governor of the province of Phayao Narongsak Osathanon, who was also head of the headquarters of the rescue operation, said that the invention of the Mask is not used during the evacuation of schoolchildren from the cave. He noted that the item “high complexity”, but it had no practical value for this rescue operation.

The former Governor of the Thai province (which is incorrectly described as the head of rescue operations) is not an expert on this subject.Elon Musk

In this case the employer did not explain why the Governor did not consider the head of operations.

Musk also said that an expert in this matter can be considered British diver Richard Stanton, who was also one of the leaders of the rescue team divers in Thai cave. Musk brought his electronic correspondence with the diver in which Stanton asks to continue to develop the submarine in the event of rain.